CBD Vs CBDA: Understanding the Difference Between The Two Variants of Cannabis Oil

Often referred to as grass, weed, pot, or marijuana, the wonder plant cannabis has been around for centuries. Part of both popular culture and medical knowledge over the years, cannabis has fired the imagination in more ways than one. Most of us know of cannabis in its ‘MaryJane’ avatar and think of it only as a recreational drug. Most governments across the world share this view and therefore have banned the possession, sale, and consumption of marijuana, even for medical purposes. It is only in a few countries, and some states of the US, that marijuana for recreational purposes has been allowed in small quantities.

Apart from the recreational uses of this drug, cannabis has a long history of other uses as well. We find the first medical references for marijuana as far back as 2737 BC when the Chinese emperor Shen Nung wrote about its use in the treatment of a variety of illnesses, including rheumatism and gout. In the 16th century, the plant was grown as a commercial crop from which the fiber called hemp was extracted. Hemp has several industrial uses. It can be used to produce canvas, cloth, twine, and even fishnets. Ethanol is a popular by-product of hemp during the production of bio-diesel.

The Science Behind Cannabis

Apart from the industrial uses, marijuana has held the attention of medical practitioners for years owing to its medicinal uses. On the other hand, it is a well-known relaxant that is widely used for recreational purposes. Let us try to look at the science behind marijuana.

Cannabinoids – Where It All Begins

The core element in the marijuana plant which provides medical uses is referred to as cannabinoid. It is a collection of diverse chemical compounds. These cannabinoids find their match in special receptors found in the human body. Some cannabinoids also attach themselves to other kinds of receptors, like the CB3 receptor or the vanilloid receptor. The cannabinoids found in the cannabis plant are referred to as phytocannabinoids, and they often mirror the properties and behavior of endocannabinoids. They are usually produced in the trichomes in the form of resin whose quantity and quality (cannabinoid content) depends on the gender of the plant and also the geographic location of where it was grown and harvested.

Difference between THC and CBD

A regular cannabis plant usually contains over a hundred different kinds of phytocannabinoids. In this blog post, we will touch upon only two of them – tetrahydrocannabinol (THC) and cannabidiol (CBD). THC is the cannabinoid that gives the feeling of a ‘high’, while CBD is the phytocannabinoid associated with the medicinal and healing properties of cannabis. Every human (and animal, for that matter) has an endogenous cannabinoid system (ECS) which is a kind of command centre consisting of lipids that can regulate neural actions. These lipids are molecules comprising fats and fat-soluble vitamins apart from sterols. The phytocannabinoid attaches itself to the receptors found in specific regions of the human bodies like the cerebral cortex, the cerebellum, the hypothalamus, etc.

Depending on which organ’s receptor the cannabinoid gets attached to, a change in the cell’s activity is initiated, for activities like emotional behavior, hand-eye-feet coordination, appetite, body temperature, etc. When there is a chronic deficiency of endocannabinoids we suffer from a migraine or fibromyalgia which has been found to be controlled or even cured by cannabis or cannabis oil. There is a substantial body of evidence that suggests and confirms the beneficial effects of THC and CBD. But both these compounds work well only when they act independently. THC has very good analgesic properties and also helps control inflammation, whereas CBD helps control anxiety and seizures.

Difference between CBD and CBDA

Let us look at CBD in a bit more detail. While THC is associated with the marijuana ‘high’, CBD is considered a medical supplement. It is considered a Schedule I drug in the USA. Some medicines containing CBD have been cleared to be tested by the federal agency as well. There are various industrial uses of hemp, and CBD is found in hemp as well. Now cannabidiol (CBD) is actually derived from a substance called CBDA (Cannabidiolic Acid). CBDA is the raw or ‘uncooked’ version of CBD. When properly heated and cured by ageing, CBDA turns into CBD through a process called decarbing (or decarboxylation in full). So is there any merit to the CBD vs. CBDA debate? Let’s check out below:

CBDA and Its Benefits

CBDA is not only the precursor to CBD, but it is also considered to be a weaker or less potent version. In case you are using CBDA for medicinal purposes, you might need to use a stronger dose. There is not too much of scientific evidence regarding the effects and uses of CBDA, but initial tests have thrown up some pointers.

CBDA is said to be good for arresting some forms of cancer. Breast cancer has been seen to be controlled best by CBDA. The problem with such tests was that they weren’t carried out inside the body of patients, but on cultured cells in a laboratory environment, therefore the results might not be easy or possible to replicate inside a patient. The benefit of CBDA for cancer control is that the spread (metastasis) of cancer cells is stopped. As any cancer patient’s family would tell you, the terrifying thing about cancer is the breakneck speed at which the cancer cells spread throughout the body. So, if this spread can be arrested by CBDA, it would be a great way to prolong the life expectancy, especially for those diagnosed with cancer in the initial stages.

Another area where some positive results have been obtained is in patients with psychotic disorders or anxiety syndromes. There is even a patent regarding this, but the issue with this patent is that the cure has several types of cannabinoids apart from CBDA, so the benefits cannot be attributed to CBDA solely.

Treatment of Pain and Inflammation:

Cell tests made in laboratory conditions have shown that CBDA has strong anti-inflammatory properties. On the flip side, CBDA does show some side effects similar to nonsteroidal anti-inflammatory medicines. But if the patient is able to get over these side effects, then CBDA can be an effective pain reliever.

If you are suffering from an upset stomach, then CBDA will help soothe your insides. But like other stated benefits of CBDA, this one too hasn’t been conclusively tested on humans yet, so we would have to wait for clinical trials.

CBD and Its Benefits

In comparison to CBDA, CBD has been more widely tested clinically and its stated benefits are easier to prove. Before we go into CBD benefits, it is worth mentioning that one of the prime reasons CBD has caught the imagination of the medical community is that it is often beneficial in treating (or counteracting) the effects of THC on a human. The success of CBD in neutralizing the paranoia and anxiety associated with THC use (or overdose) has made the medical community sit up and take notice because these psychoactive effects of THC were coming in the way of the acceptance of marijuana as a medical supplement.

Some other benefits of CBD are as follows:

Each of these stated benefits has been clinically proven with both adults and children.

The major difference between CBDA and CBD is that CBDA can be obtained simply by juicing the stems, leaves, and flowers of the cannabis plant; whereas CBD is obtained only after CBDA is heated or aged. Fruit and vegetable juices are added to the cannabis juice to make the CBDA more palatable to the patients. On the other hand, CBD is ingested through specially manufactured tinctures or lotions. Other than this major difference, the medical uses of both are almost similar, with slight variations.

Let us take one example to see which would be better. Cancer is one of the most worrying diseases on the planet today, and the cases of cancer seem to be on the rise exponentially. Let us examine how CBDA and CBD help fight cancer. In the context of a CBD vs. CBDA comparison, both are believed to suppress certain kinds of cancer, but the difference lies in how they go about doing it. CBDA works by stopping the spread of cancer cells further. On the other hand, CBD works by promoting the destruction of the malignant cells, which is made possible by stopping the flow of oxygen to those cells. This process of cell destruction is called apoptosis.

The thin line between legal and illegal is slowly but steadily getting wiped off in the case of cannabis, as more and more practitioners get a taste of its useful medicinal properties. CBD and CBDA can be considered to be close cousins both providing similar benefits. Whatever your views are on CBD Vs CBDA, one thing that is for certain is that the sooner the stigma attached to cannabis is removed, the better it will be as a potent tool in the hands of medical practitioners. 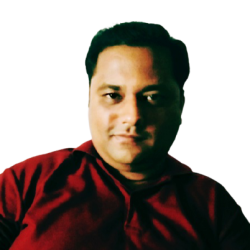 Connect me
Rohit Kishore
Founder & Digital Marketing Manager at DigiSolution Services
Rohit is an Engineering Graduate working full-time as an Internet Marketing Consultant for his own small IT firm. While working as a digital marketing professional, he got opportunities to polish his content writing skills and blogging became his passion.

His habit of reading articles on health & wellness niche along with his passion to write blogs gave birth to Wellness Rediscover.

Connect me
Latest posts by Rohit Kishore (see all)

Rohit is an Engineering Graduate working full-time as an Internet Marketing Consultant for his own small IT firm. While working as a digital marketing professional, he got opportunities to polish his content writing skills and blogging became his passion. His habit of reading articles on health & wellness niche along with his passion to write blogs gave birth to Wellness Rediscover.

The time has come to join #PepsiMoneyHeistParty st

🙍‍♀️ Women are more at risk of experienci

🤰 Pregnancy is a beautiful phase for any woman.

Through this channel, we will provide you every kind of health & wellness tips to make your life easy and better.