Let’s start with Gallbladder! The gallbladder is an important organ in our body. It assists the digestive process by collecting bile and discharging it in the small intestine when food enters. Gallstones (stones in Gallbladder) are tiny pieces of stones formed inside the gallbladder.

What Are the Types of Gallstones

There are the following two types of Stones in Gallbladder:

As compared to cholesterol stones, the size of pigment stones is smaller and the color of these stones is darker. These stones are not so commonly found in Gallbladder.

What Are the Causes of Stones in Gallbladder?

There can be many reasons for gallstones which differ from person to person. Mentioned below are three common causes of stones in the gallbladder:

What Are the Risk Factors for Gallstones?

Apart from the above-mentioned three causes of gallstones, there are some other risk factors for gallstones.

There are more chances for stones in the gallbladder of the people whose ancestors have had the same disease.

Obesity leads to a rise in cholesterol levels in the body and also sometimes interferes with gallbladder function for emptying it.

Birth control pills can cause a high level of oestrogens (estrogens). Pregnant women, who take birth control pills, have high chances of increased cholesterol in their bodies. This ultimately leads to the formation of stones in the gallbladder.

Gallstones are a common problem among old age people.

What Are the Symptoms of Gallstones?

Stones in Gallbladder are known as silent stones as they often don’t cause any symptoms. A person gets to know about gallstones generally when he gets himself examined for any other diseases. Still, there are some symptoms like:

What Are the Treatments for Gallstones?

The traditional treatment for gallstones is generally comprised of taking out gallbladder via surgery, known as Open Cholecystectomy. But the newer procedure, known as Laparoscopic Cholecystectomy, is more often used these days.

In this treatment option, a surgeon looks inside of the body through a camera passed inside the body via several tiny cuts in the abdomen. It is majorly used in gallbladder removals. After this surgery, patients have to stay at the hospital for a few days.

It is a more intensive procedure in which a doctor takes out the whole gallbladder via a single big cut in the abdomen. But it is now a less preferred treatment. A patient whose gallbladder is removed has no issue in their body after the surgery. It’s because humans can live without a gallbladder. The only thing you should take care of is to avoid certain food items after your gallbladder removal.

Once your gallstone surgery is over, you have to mainly intake liquids like broth and gelatin for a few days. You can slowly transit to solid food items when you start feeling better. Your gallbladder used to break-down fats from your body, but now when it is removed, you have to take care not to consume fatty foods, else you may experience bloating, diarrhea, and gas.

Listed below are some food items that you need to avoid if you have had gallstones:

You may have severe pain due to Gallstones, and this may affect your mind and body badly. If you feel low and unhappy, it may be a sign of depression. Check out our post on Depression Awareness: Signs, Causes, Types & Treatments to get help to overcome such situations.

Do let us know in the comment box below what other symptoms of gallstones you know and what specific food items your doctor advised you to avoid after your gallbladder treatment. 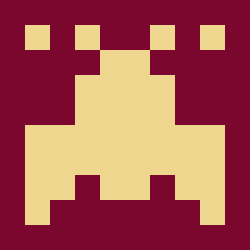 The time has come to join #PepsiMoneyHeistParty st

🙍‍♀️ Women are more at risk of experienci

🤰 Pregnancy is a beautiful phase for any woman.

Through this channel, we will provide you every kind of health & wellness tips to make your life easy and better.